Impact Is Predicted To Be Marginal 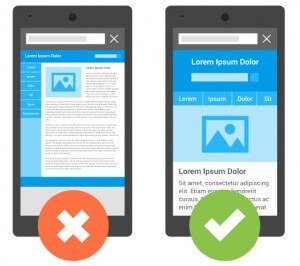 Google, on its Webmaster blog, announced an expansion of the Google Mobile Friendly Algorithm in May of 2016, by boosting the effects of the algorithm. Unlike the Mobilegeddon of April, 21, 2015, this will not be a sweeping paradigm shift. Google states that the algorithm shift will be implemented at the beginning of the month of May.

The purpose for the update is to “increase the effect of the [mobile-friendly] ranking signal,” according to Google sources. This will only impact web pages that are NOT mobile friendly. Mobile friendly websites will not be effected.

Google also stated this will be a gradual roll out, so non-mobile friendly websites will not drop from rankings instantly. Industry leaders see this as a slow roll out similar to the latest Panda 4.2 algorithm. Google has not disclosed whether the implementation will take weeks or months to be fully engaged. Google will only state that the algorithm will begin rolling out at the start of May.

“The mobile-friendly algorithm is a page-by-page signal, so it can take time for Google to assess each page, and that may be why it will be a gradual rollout. And depending on how fast Google crawls and indexes all of the pages on your site, the impact can be slow to show up.

Most Internet Marketing professionals think this algorithm shift will be far less impactful than the original mobile-friendly algorithm with was named “Mobilegeddon.” Mobilegeddon theoretically was planned to make a serious change in mobile rankings, however, most sites either upgraded, found a mobile overlay, or ignored the algorithm. Overall, there was much less impact than original estimates.

If you own or work with a website that is not mobile friendly, or just want test whether you site qualifies, use the Google mobile friendly tool, then follow Google’s guidelines to make improvements.

Soure:
Information for this article first appeared in Search Engine Land by Barry Schwartz on March 16, 2016.